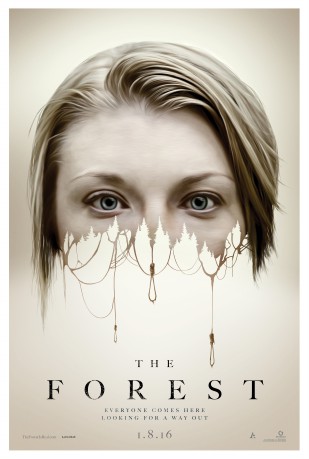 The majority of the story is set in and around the Aokigahara Forest, a forest at the northwest base of Mount Fuji in Japan known as a popular destination for suicide. Sara Price (Natalie Dormer), an American woman, receives a phone call from the Japanese police telling her that they think her troubled twin sister Jess Price (also Dormer) is dead, as she was seen going into Aokigahara forest. Despite the concerns of her fiance, Rob, she journeys to Japan and arrives at the hotel where her sister was staying. At her hotel, Sara meets a reporter named Aiden. They drink together, and she tells him of her parents' death. In reality, her father killed her mother, then committed suicide, but she tells him they were killed by a drunk driver. Her sister saw the bodies, but she didn't look. Aiden invites her to go into the forest with him and a park guide, Michi, so she can look for her sister..