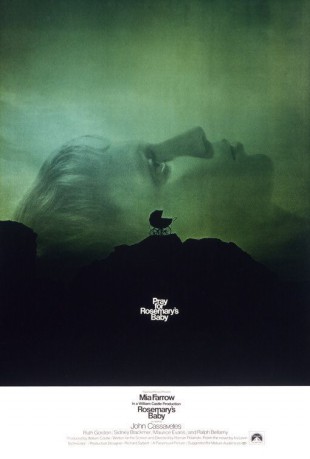 Desirous of starting a family, the young Catholic housewife, Rosemary Woodhouse, and her struggling actor husband, Guy, move into the Bramford, New York's iconic building which brims with unpleasant stories of obscure dwellers and ghastly occurrences. Before long, the young couple is befriended by their elderly and somehow eccentric next-door neighbours, Roman and Minnie Castevet--and shortly after--Rosemary unexpectedly gets pregnant. However, little by little, as the inexperienced mother becomes systematically cut off from her circle and friends, alarming hints of a well-planned and sinister conspiracy will begin to emerge, enfolding Rosemary in a shroud of suspicion and mental agony. In the end, why is everyone so conveniently eager to help; furthermore, why is Guy allowing it?