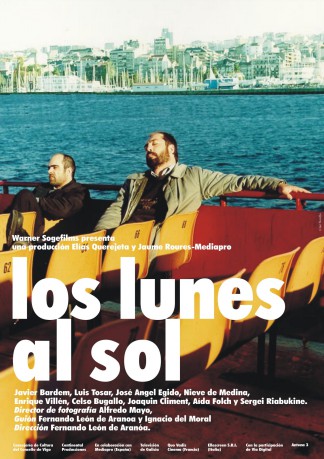 Mondays in the Sun

2001: men without jobs, in the port city of Vigo. Six men worked in a shipyard, now shuttered. They pass the time at La Naval, a bar opened by one of them after the yard closed. They face their futures in makeshift ways: Rico has his bar and a sharp 15-year-old daughter, Reina has become a watchman and a moralizer, Lino fills out job applications, Amador drinks heavily and talks of his wife's return; José is married to Ana, who works at a cannery and tires of being the breadwinner amidst José's emasculated moodiness; Santa, the group's conscience and troublemaker, occasionally fantasizes about Australia. In truth, all are joined like Siamese twins, adrift.