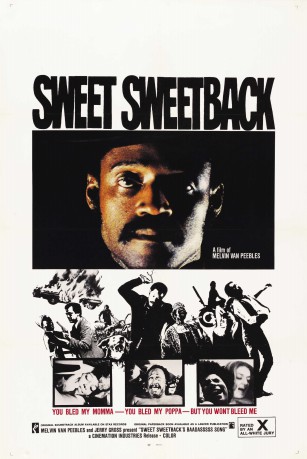 Melvin Van Peebles wrote, directed, produced, edited, composed and starred in this powerful and inflammatory attack on White America. After the body of a black man is discovered, Sweetback helps two white 'acquaintances' in the police force to look good by agreeing to go with them to the station as a suspect. But he is forced to go on the run after brutally attacking the two policemen when they arrest and beat up a young black man.