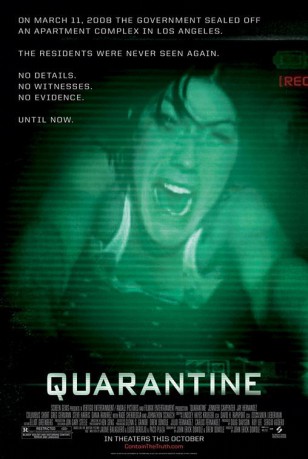 A television reporter and her cameraman are assigned to spend the night shift with a Los Angeles fire crew. After a routine 911 call takes them to a small apartment building, they find police officers already on the scene in response to blood curdling screams coming from one of the apartments. They soon learn that a woman living in the building has been infected by something unknown. After a few of the residents are viciously attacked, they try to leave with the news crew, only to find the building has quarantined. All communication in and it is stopped; the only evidence of what took place is the news crew's videotape.