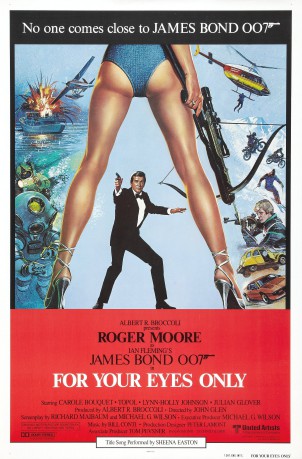 For Your Eyes Only

After disposing of a familiar looking face, Bond is sent to recover a communication device, known as an ATAC, which went down with a British Spy ship as it sunk. Bond must hurry though, as the Russians are also out for this device. On his travels, he also meets Melina Havelock, whose parents were brutally murdered. Bond also encounters both Aristotle Kristatos and Milos Colombo. Each of them are accusing the other of having links with with the Russians. Bond must team up with Melina, solve who the true ally is and find the ATAC before it's too late.