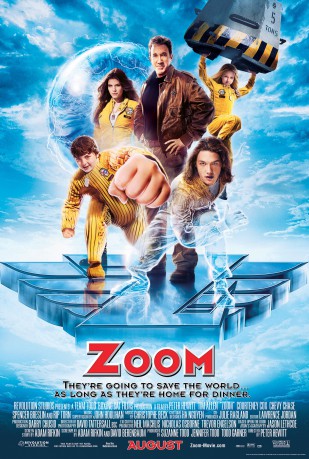 Former superhero Jack Shepard, also known as Captain Zoom, is called back to work to transform an unlikely group of ragtag kids into a new generation of superheroes. At a privacy academy, he trains Dylan, a 17-year-old boy who can turn invisible; Summer, a 16-year-old girl with telekinetic powers; Tucker, a 12-year-old boy with the power to enlarge any part of his body; and Cindy, a 6-year-old girl with super strength.