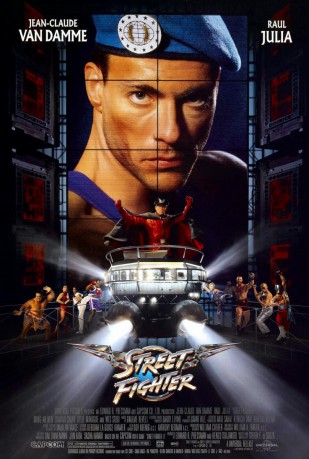 Col. William Guile leads an army of soldiers into the country of Shadaloo to find traces to lead him to General M. Bison, who has captured many people including three missing soldiers. Among them is Carlos "Charlie" Blanka, in which Bison decides to turn into a hideous mutant. On the other hand, Chun Li is a reporter who seeks revenge against Bison for the death of her father years ago. Then two small time hustlers Ryu and Ken, are arrested along with Sagat, a powerful arms dealer and Vega for dealing of illegal weapons. Guile recruits them in order to find Bison's base. Now Guile, T. Hawk, Cammy, Ryu, Ken, Chun Li, Balrog and E. Honda have three days before Bison murders the hostages and takes over the world.