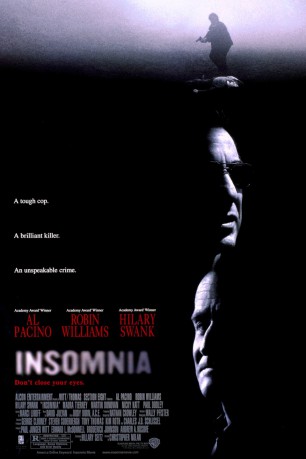 Sent from the city to investigate the murder of a teenage girl in a small Alaska town, a police detective (Pacino) accidentally shoots his own partner while trying to apprehend a suspect. Instead of admitting his guilt, the detective is given an unexpected alibi, but this "solution" only multiplies the emotional complexity and guilt over his partner's death. He's also still got a murder to solve, in addition to the blackmail and framing of an innocent bystander being orchestrated by the man they were chasing. There's also a local detective (Swank) who is conducting her own personal investigation... of his partner's death. Will it all come crashing down on him?