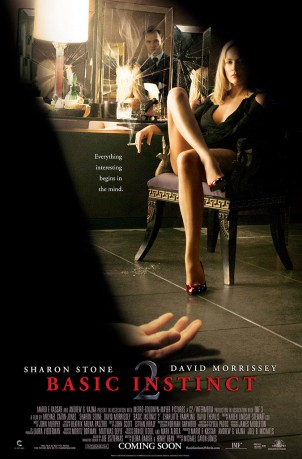 Crime novelist Catherine Tramell is living in London, and becomes the center of police investigation (yet again) when her football player boyfriend drowns in a car accident and it is revealed that he was already dead because of a drug overdose before Tramell drove the car into water. Police psychoanalyst Dr. Michael Glass is called for examining Tramell, and is intrigued by the seductive and manipulative woman. On the other hand , his friend Det. Roy Washburn is sure Tramell is guilty. Tramell asks Glass to treat her for her 'risk addiction' problem, and with each therapy session , Glass gets more and more suspicious about her intentions. As more and more murders are committed, including that of Glass's ex-wife, Glass becomes obsessed with proving Tramell's guilt even though the evidence is contradictory .