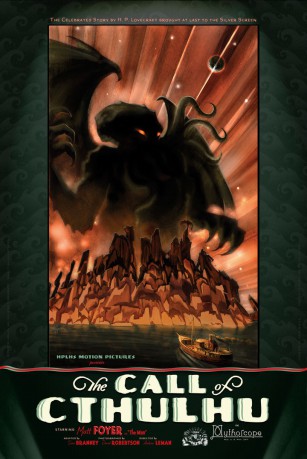 The Call of Cthulhu

A faithful rendition of H.P. Lovecraft's short story, presented in the style of a silent film from the 1920s. While organizing the affairs of his late Uncle, a man accidentally stumbles across a series of clues toward an ancient horror lurking beneath the sea, waiting for the time when the "Stars are Right" and it shall be free to wreck havoc upon mankind. In his investigation he learns of an artist influenced by strange dreams, a police officer discovering an ancient cult worshiping "Great Cthulhu" and ultimately a tale of sailors encountering sanity-shattering horror as they discover Cthulhu himself.