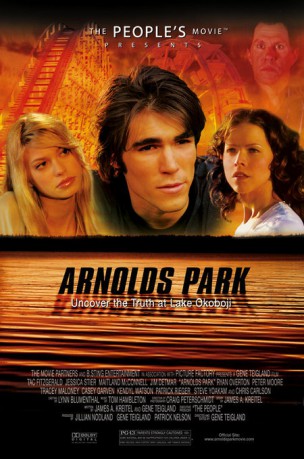 In the eyes of his classmates, Francis Larson is nothing more than an overweight social outcast. After being sent to prison when he's forced to confess to the murder, everyone including his classmates are led to believe that Francis commits suicide. However, it's only a cover for his physical transformation to Frank Delano. Aided by his rich eccentric Uncle Bobby, they meticulously plan Frank's return to Arnolds Park to bring the real killer to justice. During Frank's physical transformation Bobby also hires a young beauty Susan Campbell who has close ties to Jackie Newmar the one who has the answers that could help clear Francis' name. The People's Movie presents Arnolds Park. An online movie collaboration from people in all fifty states and around the world. This mystery romance is a thrill ride of lies, secret confessions, justice, revenge, betrayal and love.